Jared Burke Foundation is going live this year with an online banquet and auction.  The funds raised on this Banquet supplement all of our outdoor adventures throughout the year. 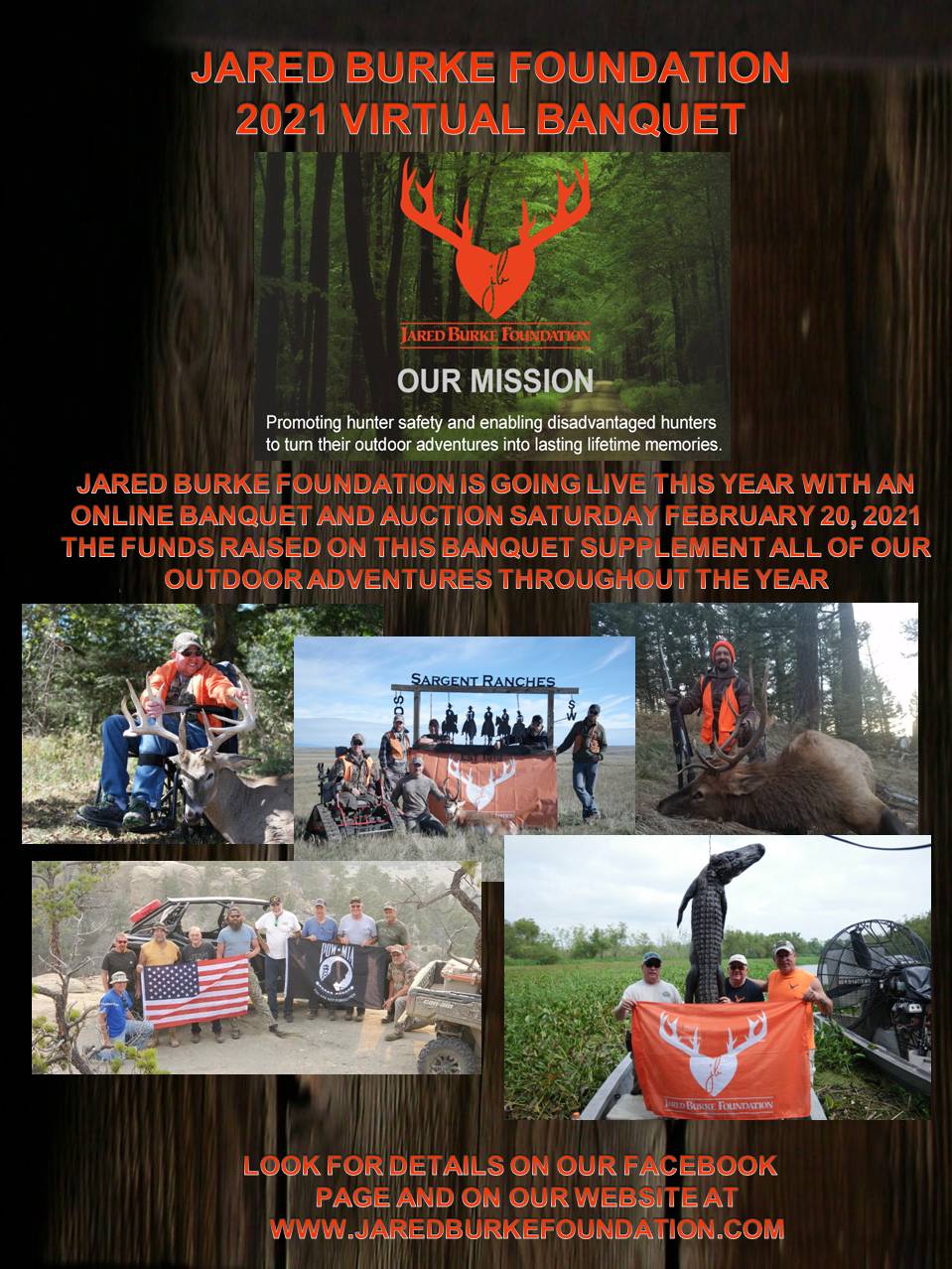 Past Events and Fundraisers

Matt Penberthy of Combat Veterans Outdoors along with his trusty companion Bella started their hike of 230.8 miles on the Ozark Trail.

Jared Burke Foundation along with Hunting for Hope are sponsoring Matt on his adventure to raise awareness of PTSD, TBI and the high suicide rate among Combat Veterans.

Everyone needs to be aware of what our Veterans go through with this silent demon.

It is because of you that those of us at Jared Burke Foundation get to do these wonderful things for others.

At our 2017 benefit, we had over 500 amazing people show up at the Germantown American Legion to support what we do.

Thank you all who donated item for raffles, auctions, and prizes. And thank you to all who attended. It wouldn’t be possible without all of you!

Josh was an avid outdoorsman who tragically lost his life in 2005. He enjoyed fishing, turkey & deer hunting, and spending time with his friends and family.

He is greatly missed.

A special thanks to the many many volunteers who made this special day possible.

What a great time with the Schultes! The crawfish boil bought by Greg Schulte and Jordan Kreke at the Jared Burke Foundation was a great opportunity to Shoot for Brian! Thanks to BJ Robert for the crawfish donation! AJ Warneke donated the use of his .50 Cal Barrett and ammo. $10 a shot with proceeds going to Brian’s Battle with ALS. AJ also had his super smoker out, so we smoked the hogs Brian killed on his hunt with JBF in Texas!

We lost Brian on Nov 12th, 2016. He was an avid outdoors man enjoying deer and turkey hunting, fishing, spending time at the Schulte Clubhouse.

Brian was the recipient for the first ever Jared Burke Foundation hunt at Overstreet’s Ranch in Livingston, Texas.

The Foundation would like to take this opportunity to express our most profound and sincere condolences to Kris, Justine, Andrew and the entire Schulte and Foppe families! He will be missed badly! God bless you all!

Interested in becoming a future candidate, or would like to nominate an individual?
Please fill out our online form at the link above or print out your form HERE and return to our listed address.